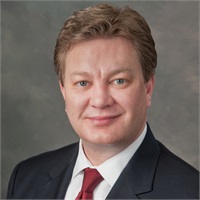 An Atlanta native, Kevin's family settled in Georgia in the late 1780's and is widely known for Meaders Pottery, which has some pieces proudly displayed in the Smithsonian.  Kevin graduated from Oglethorpe University in Atlanta with a double B.A. in Philosophy and Political Science.  While at Oglethorpe, Kevin served as class president three out of four years and interned under then Secretary of State Max Cleland and also under then Governor Zell Miller.  Immediately after graduation, Kevin accepted an invitation from the University of Moscow in Russia to pursue further study in post-Cold War Eastern European economic integration.

Kevin graduated from Georgia State University College of Law, focusing on estate planning and trust law.  In addition, upon completion of required studies and a national two-day board examination, he earned the designation of Certified Financial Planner (CFP ® ).   Kevin has continued his life-long process of education and has also earned the designations of Chartered Financial Consultant (ChFC) and Chartered Life Underwriter (CLU) from the American College in Bryn Mawr, Pennsylvania.  Kevin also maintains the General Securities and Registered Representative registrations with Cetera Advisor Networks LLC (member SIPC). He is also an Investment Advisor Representative of Cetera Advisor Networks.  He is a member of the American Bar Association, the Georgia State Bar Association and the Atlanta Bar Association.

On a personal note, Kevin has played drums since age 5, picked up trumpet at age 13, and guitar at age 33.  An avid animal lover, Kevin donates some of his time and money to the Atlanta Humane Society, Noah's Wish, PAWS, and Fur-Kids.  He also currently serves on the President's Advisory Council of Oglethorpe University, and is active in Oglethorpe's Alumni committees.  Kevin served as a presenter at Emory University's Center for Lifelong Learning, has been published in national financial magazines, hosted "The Magellan Planning Hour" radio show and has been seen on TV's "Atlanta & Co."

Kevin and his wife Gui, a native of Brazil, live in Brookhaven.

Disclosure: Securities and advisory services are offered through Cetera Advisor Networks LLC, member FINRA/SIPC, a broker-dealer and registered investment adviser. Cetera is under separate ownership from any other named entity.