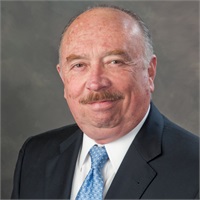 Len is a graduate of Florida Atlantic University with a BS in Business Administration and Accounting.  He was president of the Olympic Club while on campus.  Len also graduated from the University of Tennessee College of Law, where he earned Order of the Coif by graduating second in his class.  He served as Editor-in-Chief of the Tennessee Law Review his senior year and was the Phi Delta Phi Legal Fraternity Graduate of the Year.

Len has been practicing law for over thirty years with a primary focus in trust and estate law, and was one of the first attorneys in Georgia to recognize the special needs of our aging population by becoming involved in a newly recognized area of the law known as Elder Law.  He was one of the early members of the National Academy of Elder Law Attorneys.  He is also a member of the American Bar Association and the Georgia State Bar Association.  In addition, Len is a member of the Cobb Justice Foundation and also serves on the Professional Advisory Board of "Operation Homefront," which is dedicated to providing assistance to the families of deployed service members.

On the personal side, Len is a Viet Nam veteran, serving in the U. S. Army until honorably discharged in 1968.  Len has one daughter, Cody, who graduated from the University of Georgia and earned a graduate degree at the University of Colorado.  She is a schoolteacher in Asheville, North Carolina.  She made Len a grandfather with Vivianna.  Len and his wife, Anita, who retired after thirty years with BellSouth, live in Indian Hills in Marietta.